So, the huge plastic glasses, the bangs you’ll cut yourself later this year, and the whole puberty thing…yeah, this is not the best year of your life. Here’s the good news: you get contacts when you’re thirteen (not to mention that glasses get a whole lot cuter in the future), the bangs will grow out, and you’ll be very thankful for the puberty thing in high school. Also, please don’t ever cut your own hair again. Please. 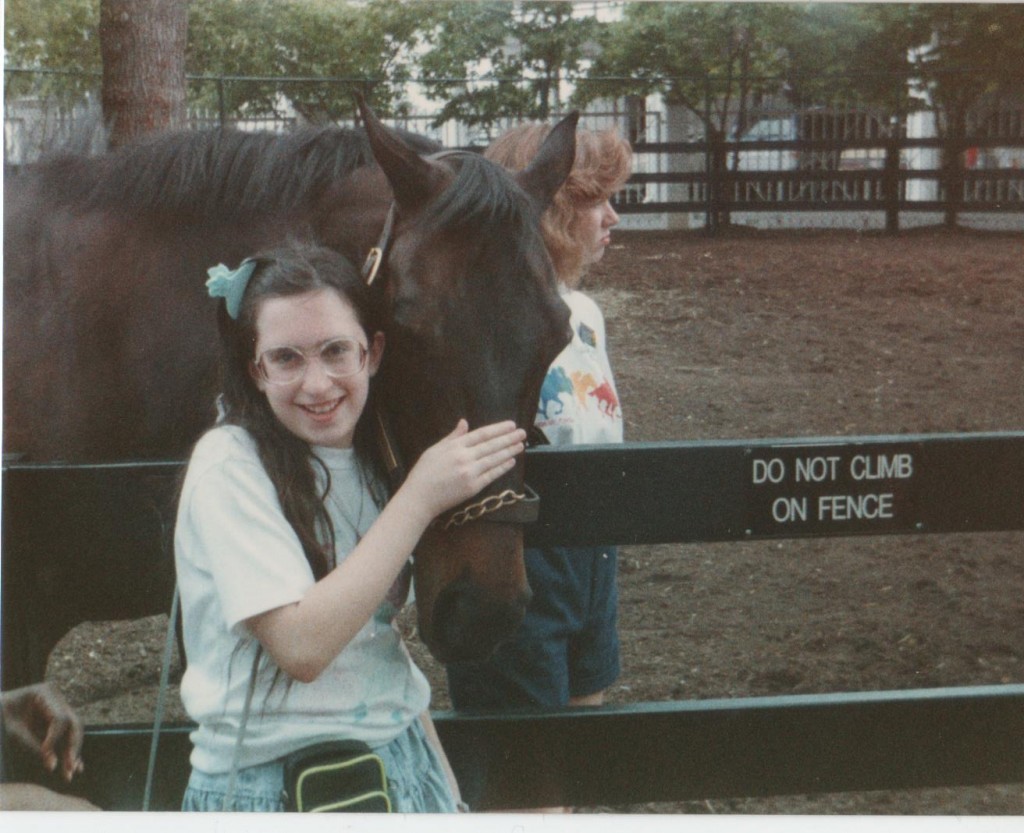 To answer your questions:

1) No, you will not grow up to be a journalist a la Murphy Brown, be starring on Broadway, or be an Olympic figure skating champion. Instead, you will go to law school and spend a few years at work pondering some very exciting acronyms, like PD and UIM and TTD and IMEs.
2) Yes, you will finally get a boyfriend (but no, he won’t look anything like Kirk Cameron or Donnie Wahlberg).
3) Yes, all those scribblings in Lisa Frank three-subject notebooks will come to something! Also, your sister is probably reading them all, so find a better hiding place, okay?
4) Yes, being the class nerd is a good thing. Just trust me on this one.
5) No, you won’t wear that fluffy Scarlett O’Hara dress in Teen magazine to prom. Fluffy will be out, and slinky will be in. Sorry.
6) No, please don’t buy those short shorts (although I know you will anyway).
7) No, you won’t name your daughter Destiny Samantha Alexandra.
8) No, the Oujia board is not real. It’s just your sister and your cousins moving the pointer around.
9) No, pimples never really go away. It is one of the sad truths of the universe that people of any age can get zits, no matter what the lady at the Almay counter told you.
10) Yes, your little sister is annoying, but she’s also a pretty amazing person. And she’s smarter than you, so be nice.
11) Yes, you will finally get to have more than one cat. Beware of this fact.
12) No, you’ll never figure out how to successfully tight roll a pair of jeans. But in a year or so, no one will really care.

Yeah, eleven is the pits. Twelve isn’t much better. I can say this having lived almost three times that now. Yes, I’m old. What’s that? No, sorry, I can’t switch places with you. Not only do I need you to live through this time so I can put it all in a book later (sorry), there’s no way you want to miss what’s coming next. High school and college are both crazy fun, and you’ll meet some amazing people who will still be your friends when you’re old and in your thirties like me.

I know being eleven is weird and confusing and that every little thing is annoying, but it will all get better, I promise. So hug your sister, rock that blue plaid school uniform, crank up that Boyz II Men cassette tape, grab the newest Fear Street book (BTW, you’ll totally walk by R.L. Stine at a convention in 2014 and fangirl for moment), and know that life will hold so much awesomeness in the future. 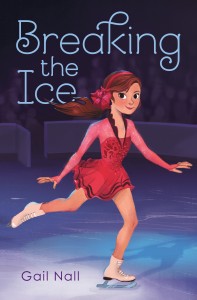 Find Breaking the Ice on Indiebound, Carmichael’s, Barnes & Noble, Amazon, or ask for it at your local bookstore or library.

Kaitlin has always dreamed of being a champion figure skater, and she’s given up a lot to pursue her passion. But after having a totally uncharacteristic and decidedly NOT figure-skating-approved tantrum after getting her scores at a major competition she’s dropped by her coach and prestigious skating club.

When no other club in town will have her, she’s forced to join the ridiculed and rundown Fallton Club, jokingly referred to as the Fall Down Club. At first Kaitlin thinks this is a complete disaster, but after meeting some of the other skaters, including a boy (who happens to have the most perfect hair she’s ever seen) Kaitlin thinks it might actually not be so bad.

But when she’s tasked with learning a whole new program right before Regionals and figures out that almost all the other skaters target Fallton, she thinks joining the Fall Down Club may just be the second biggest mistake she’s ever made.

In this figure skating themed debut, Kaitlin learns that when you fall down, you have to pick yourself up – even if it’s in front of judges and a crowd.